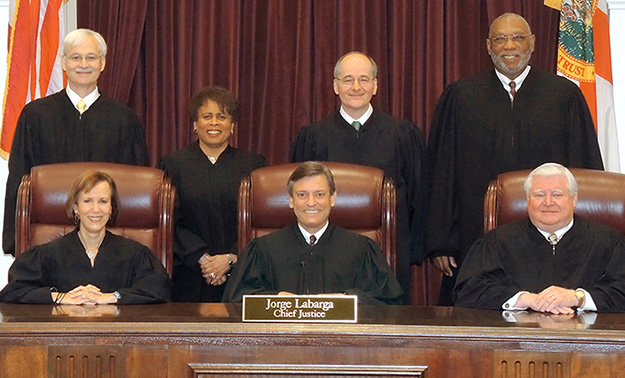 The Florida Supreme Court today handed down a notable new opinion applying Miller in a case involving a juvenile offender who got a life sentence for a murder back in 1990.  Here is how the opinion in Atwell v. Florida, No. SC14-193 (Fla. May 26, 2016) (available here), gets started:

Angelo Atwell was sixteen years old when, in August 1990, he committed armed robbery and first-degree murder. Under the statute then in effect, Atwell was sentenced for the first-degree murder to a mandatory term of life imprisonment, with the possibility of parole after twenty-five years, and was sentenced to life imprisonment without the possibility of parole for the armed robbery.

As mandated by the existing statutory scheme, Florida’s parole process requires “primary weight” to be given to the “seriousness of the offender’s present offense and the offender’s past criminal record.” See § 947.002, Fla. Stat. (2015). Under this statutory scheme, twenty-five years after Atwell was sentenced, the Commission on Offender Review conducted a parole hearing and set Atwell’s presumptive parole release date, which is the earliest date he may be released from prison as determined by objective parole guidelines, for the year 2130—one hundred and forty years after the crime and far exceeding Atwell’s life expectancy. Thus, while technically Atwell is parole-eligible, it is a virtual certainty that Atwell will spend the rest of his life in prison.

The issue we consider is whether Atwell’s sentence for first-degree murder is constitutional, in light of the United States Supreme Court’s decision in Miller v. Alabama, 132 S. Ct. 2455, 2469 (2012), which held that the Eighth Amendment “forbids a sentencing scheme that mandates life in prison without possibility of parole for juvenile offenders.” We conclude that Florida’s existing parole system, as set forth by statute, does not provide for individualized consideration of Atwell’s juvenile status at the time of the murder, as required by Miller, and that his sentence, which is virtually indistinguishable from a sentence of life without parole, is therefore unconstitutional.